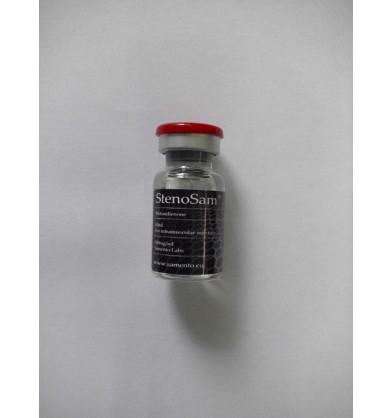 What is it?
Dianabol is the commercial name of the first mass-produced modern anabolic steroid (oral tablets), developed by Dr. Ziegler (former doctor of the American weightlifting team) and originally produced by the company Ciba. Dianabol has gained great popularity and some athletes think to this day is the most effective steroid ever. The active ingredient in Dianabol Methandrostenolone / Metandrostenolon. The production of this remedy was by the company Ciba been stopped long ago, but it is always produced as a generic remedy under different names in Eastern Europe and Asia.
What are its effects?
Dianabol has a very strong anabolic effects, which allow a large increase in muscle mass in a relatively short time. Which is obtained by protein synthesis, and water storage. Dianabol also has strong androgenic effects and is flavored with relative ease (turns into estrogen).
What are its side effects?
The storage of liquids caused by Dianabol may cause as a result of elevated blood pressure. Aromatisation can gynecomastia and other complications associated with the increased levels of estrogen in men can cause organism. Dianabol is hepatotoxic. Liver damage is largely irreversible and depends on the duration and intensity from (dose) of the remedies applied. Due to strong androgenic effects, women should take absolutely no Dianabol. Acne vulgaris is a common side effect.
How is it used
Dianabol is administered orally, twice daily with meals. Usual dose is 15 - 45 mg / day, but you have to emphasize that the risk of liver damage increases obviously after exceeding 20 g per day. Bodybuilders often stacking Dianabol with other intramuscular steroid applied, usually with Deca-Durabolin. A typical cycle lasts 10 weeks. Tamoxifen and Proviron may be necessary to enable the organism to compensate for the increased estrogen.